Jesus Is the Word 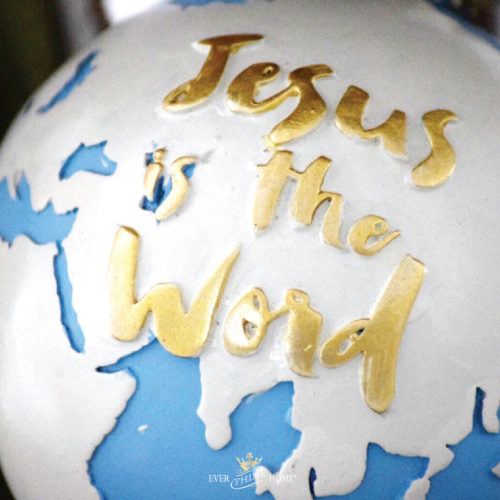 He was in the beginning with God.”

When you speak, what happens to your words after they leave your lips?

It’s easy to think they vanish as soon as they are spoken, right? Words can’t be touched. They are not solid substance that we can cling to and keep.

But it’s not that simple, is it? You know by experience that words live on. Years later … even decades later … you can remember things people told you that encouraged you, challenged you, made you happy or sad, angered you or shamed you.

And the Bible tells us that words are alive. New Testament scholar Robert H. Mounce wrote that, in the Hebrew language and understanding, “a word is not a lifeless sound; instead it is an active agent that achieves the intention of the one who speaks.”

On a grand scale, God demonstrates this in creation. Remember, how He made everything? Genesis tells us God spoke all of creation into being with His Word. He said, “Let there be,” and it was.

There is indeed power in what is spoken.

In the first chapter of the Gospel of John, God declares the Word to be not only alive but a person who has always existed and who created everything in the universe. The Word is, in fact, Jesus.

Because Jesus, the Word, was at creation with God, we know He is eternal. Thinking of Him this way—occupying eternity, possessing power to speak life into being, big enough to be present everywhere in the universe at once—makes His first advent, His coming to earth at Christmas, even more incomprehensible. 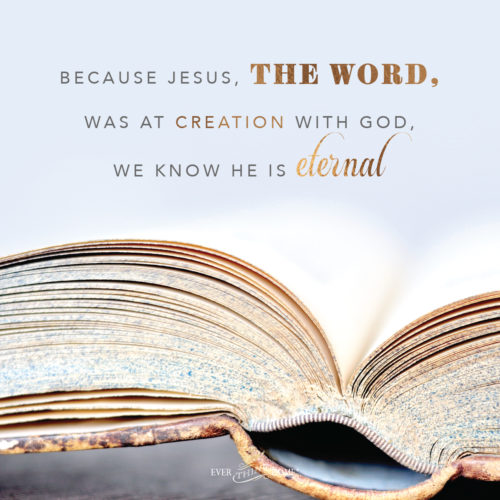 John 1:14 says, “And the Word became flesh and dwelt among us.” Our great, majestic God became tiny. He stepped down from His throne and became a single cell in the womb of Mary! The apostle Paul tells us Jesus set aside His glory, emptied Himself, and then put on the appearance of man. He clothed Himself in flesh, in a body like ours, and took a new name, Jesus.

All because of love—a love we can barely understand. This love moved God to send His Son to live with us, to feel with us, to explain His Father in heaven to us with words and actions. All so that we might live in His home one day.

Jesus said to His disciples, “Whoever has seen me has seen the Father” (John 14:9) and, “I and the Father are one” (John 10:30). Jesus, the Word, revealed the Father to us. Colossians 1:15 tells us, “He is the image of the invisible God, the firstborn of all creation.”

We can know the God who created everything by the Word because of the first Christmas gift: Jesus, the Messiah, born as a baby in Bethlehem.

Jesus is the ultimate gift that keeps on giving. One day soon, the Word will return to Earth, not as a baby this time, but as a warrior coming to set everything right, riding on a white horse He will proclaim judgment and make war. He will wear many crowns because He is King of Kings and Lord of Lords, and on His robe will be His title, “The Word of God” (Revelation 19:13).

This second advent, or second coming to earth, will be very different from His first advent. At His first coming the baby Jesus squeaked and cooed with cuddly newborn baby sounds. When He comes again, He will proclaim all of His authority as God. He will fulfill and complete His divine purpose on earth.

In his book, Knowledge of the Holy, A.W. Tozer wrote, “It is a sacred and indispensable part of the Christian message that the full sun-blaze of revelation came at the incarnation when the Eternal Word became flesh to dwell among us.” May you worship the newborn King with greater understanding this year. He is the Word, sent to us from God.

O Wisdom from on high,

O Light of our dark sky …

From the hymn, “O Word of God Incarnate”