Jesus Is the Messenger 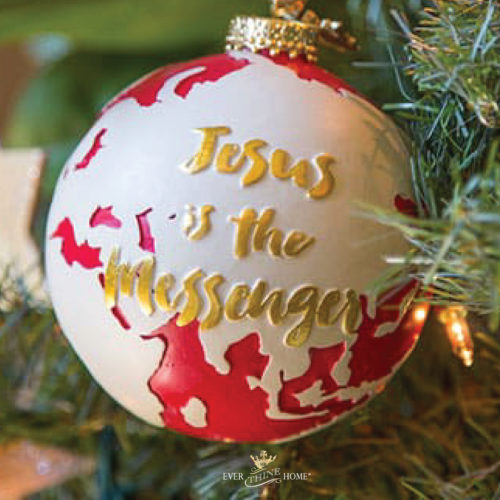 “… the messenger of the covenant in whom you delight,

behold, He is coming,”

says the Lord of hosts.

Have you ever wished to walk along a beach and discover a message written long ago and placed in a bottle on the ocean? Or would you like to have been the boys throwing rocks in the cave-dotted hills near the Dead Sea who discovered ancient clay pots containing aged parchments with the words of Isaiah—now known as the Dead Sea scrolls?

Like discovering buried or lost treasure, finding messages from God Himself is more valuable than a chest of gold coins. When the words on those long-lost ancient scrolls were studied, one portion (Isaiah 61:1) said this:

The Spirit of the Lord God is upon me,
because the Lord has anointed me
to bring good news to the poor;

These words describe both the Messenger and the message. Both are treasures. Both bring hope.

In this weary, war-torn world, good news is always welcome. This best news was to be delivered by God’s very own Messenger, His Son Jesus.

Today we live in a world where everyone with a connection to the internet can give their opinion on anything. We hear a multitude of opinions from online news sites or blogs or talking heads on a cable news network, declaring their slant on current events. But this Messenger was sent to us from God and “it is impossible for God to lie” (Hebrews 6:18). We can trust His message.

Over the centuries God called men to be His prophets, to speak to His people. Over time the messages linked together with greater clarity, but until Jesus came to earth to dwell among us, many of God’s messages remained mysterious. They needed an interpreter, someone to tell us what they meant.

Jesus came as the full and final revelation of God to this world. He is the answer to all our questions, the solution to all our problems, the fulfillment of all our needs.

As God’s perfect Messenger, Jesus reveals God to humanity. In Jesus “all the fullness of Deity dwells in bodily form” (Colossians 2:9). 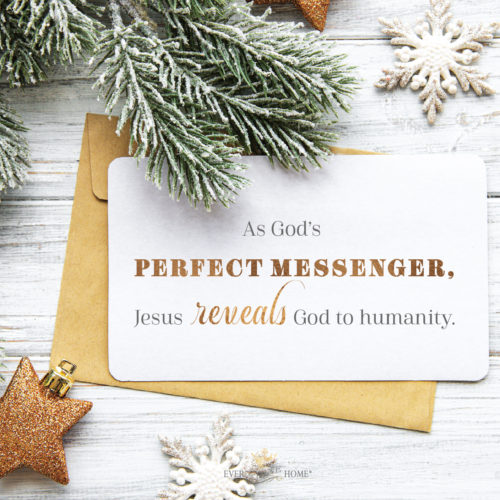 One day Jesus read words from Isaiah 61:1 in the temple and made it clear that He Himself was the fulfillment of the very words He read:

The Spirit of the Lord God is upon me, because the Lord has anointed me to bring good news to the poor;  he has sent me to bind up the brokenhearted, to proclaim liberty to the captives, and the opening of the prison to those who are bound;

Over and over Jesus told His followers that He was not here on earth for His own agenda. His sole purpose was to do God’s will. His earthly mission was to convey the message that came from God. Jesus said, “For I have come down from heaven, not to do my own will but the will of him who sent Me” (John 6:38).

During His 33 years on earth, people from every race and culture marveled at His humility, His purity, His wisdom. No human was anything like this Messenger who wasn’t in the game for Himself, but solely fixed on the purpose of His Father.

This Christmas may you receive Jesus’ message of good news for yourself. Then, may you cheerfully and eagerly share that message with many, for we are now His messengers, His ambassadors to a broken world. Our world needs the good news today more than ever.

He comes the broken heart to bind,

The bleeding soul to cure,

And with treasures of His grace,

To enrich the humble poor.

From “While Shepherds Watched Their Flocks”