God Has Given Us Everything We Need … for Every Circumstance 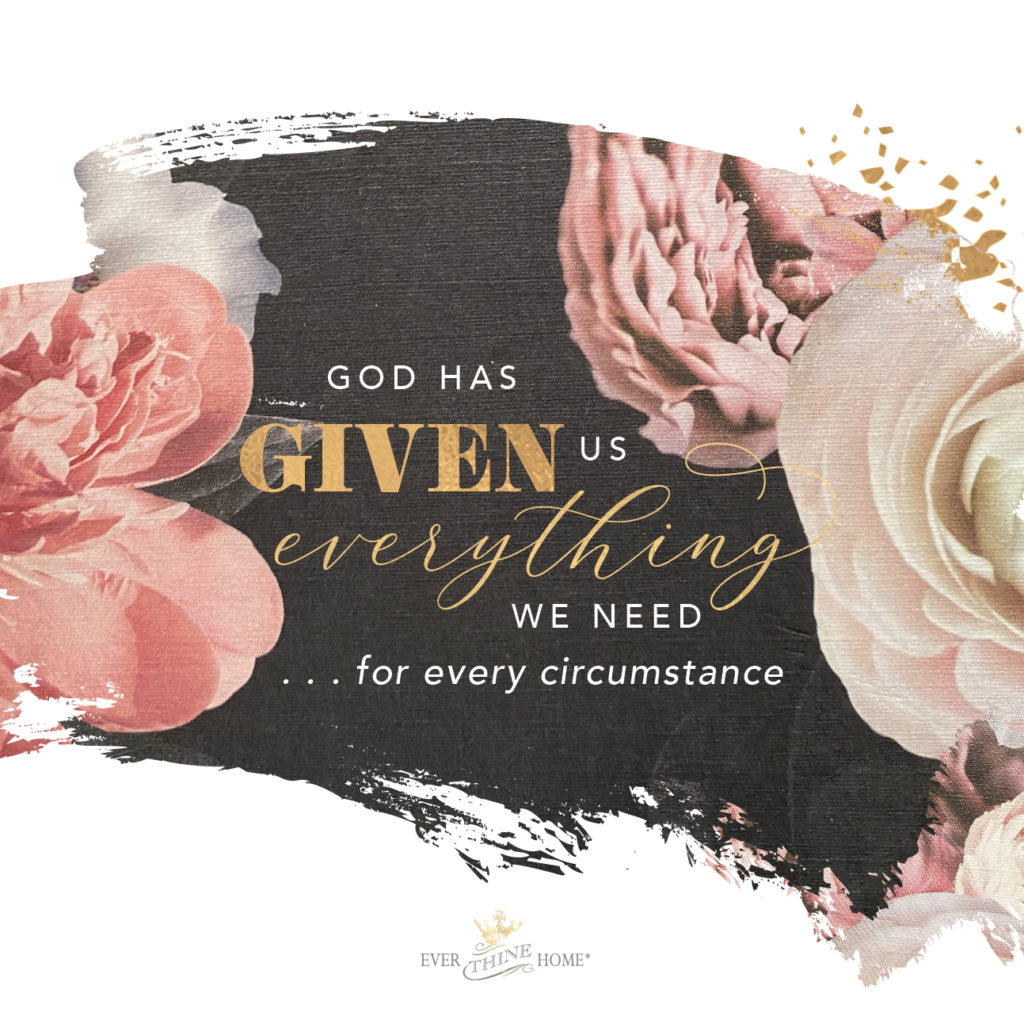 As a history major in college and an eager learner ever since, I’ve read countless books on World War II and the Holocaust, the Russian Revolution and the Romanov dynasty, Rwandan and Armenian history … and I’ve sprinkled in books on Rome and ancient cultures, as well as  lots of American histories.

I’ve always wondered how did these people survive the upheaval of their times? How did the millions in the 20th century continue to live with so much war, deprivation, and bloodshed in the century of the greatest genocides of all time?

And I always asked myself, “What would I do? What would my children do? Could I protect them?

My favorite stories within these books were those of men and women and children who knew God and who found their strength in Him.

Elizabeth was one of them. A girl of 11 when World War I began, she had enjoyed an idyllic childhood with her younger sister, securely living with parents who loved both girls and taught them to know God and love Him. For two thousand years the Armenians had lived safely in parts of Turkey. Taught the gospel from the disciples Bartholomew and Thaddeus, they had been a Christian people ever since.

But loyalties changed in the early years of the new century. The Armenians became a minority culture—second class, segregated serfs.

In 1915 Elizabeth’s father was arrested and beaten by the authorities for crimes he had not committed. Upon his release and return home the family was visited by neighbors who pleaded with the parents to renounce Christ and swear allegiance to Mohammed in return for their protection. In reply Elizabeth’s mother began to softly sing, “What a friend we have in Jesus, all our sins and griefs to bear.”

Later the girls were told solemnly by their father, “Never give up Christ no matter how much suffering might come.” 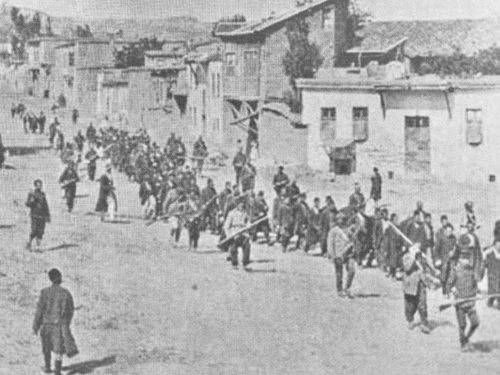 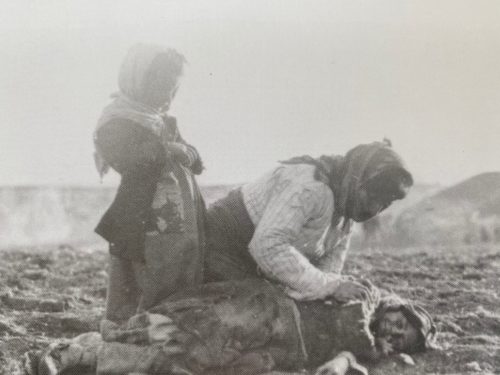 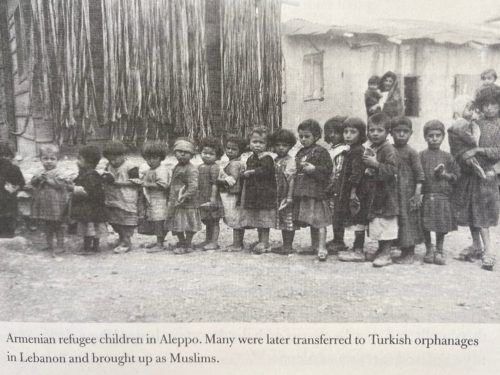 I read this story for the first time when my six children were all living at home. They were safe and unafraid of life-changing political crises like wars, genocide, or pestilence. I wondered then what I’d tell my children if I knew that authorities were coming for Dennis and me like they did for Elizabeth’s family. Just the thought frightened me.

Continuing this story: Days later Elizabeth’s father was arrested and taken away. She never saw him again. Her mother took the two girls and walked to the city to find work and shelter. Each was hired as a servant in three different Turkish homes. As often as she could, Elizabeth found ways to see her mother.

One day she told her mom she was being pressured to deny Christ. Her mother again reminded her, “Don’t forget your father’s words.” Then she added, “My time for testing has come. All Armenian adults must acknowledge Mohammed or be exiled tomorrow.”

She began crying, “I cannot give up Christ no matter how much you girls will need me. I know He will watch over you.”

Does this young mother’s resolve shock you? It did me. For days I thought about it. And I wondered:

The only thing she had was faith in her God of love.

The next day Elizabeth’s mother and hundreds of other Armenians were marched out of the city to the vast unknown, never to be heard from again.

God protected and provided for both girls during the long war years, and after the war He took them to America and a new life. (More of this story can be found in my book, Growing Together in Truth.)

No one knows what 2021 will bring, but most of us do know our old normal will not return. And we can also assume more hardship is ahead, whether personal or national or both.

What can we do?

How can we prepare?

The apostle Peter, who walked with Jesus, who saw Him alive after the grave, faced persecution and hardship in the decades after the Ascension. His fellow believers were scattered, forced to flee for their lives, to live as refugees in other countries. They were harassed, confused and wondering, like we are, how to live in so much uncertainty.

Peter wrote two letters to these “aliens and exiles, dispersed” all across Asia and north Africa and into southern Europe. This veteran follower of Jesus who had seen more than we can imagine said in 2 Peter 1:3,

“His divine power has granted to us ALL THINGS that pertain to life and godliness, through the knowledge of Him who called us to His own glory and excellence…”

As I read these words, my heart fairly shouted: “Yes! This is how we can live in our own uncertain times of testing and trial and hardship and even death!”

I have everything I need. And so do YOU because Jesus granted it to us! 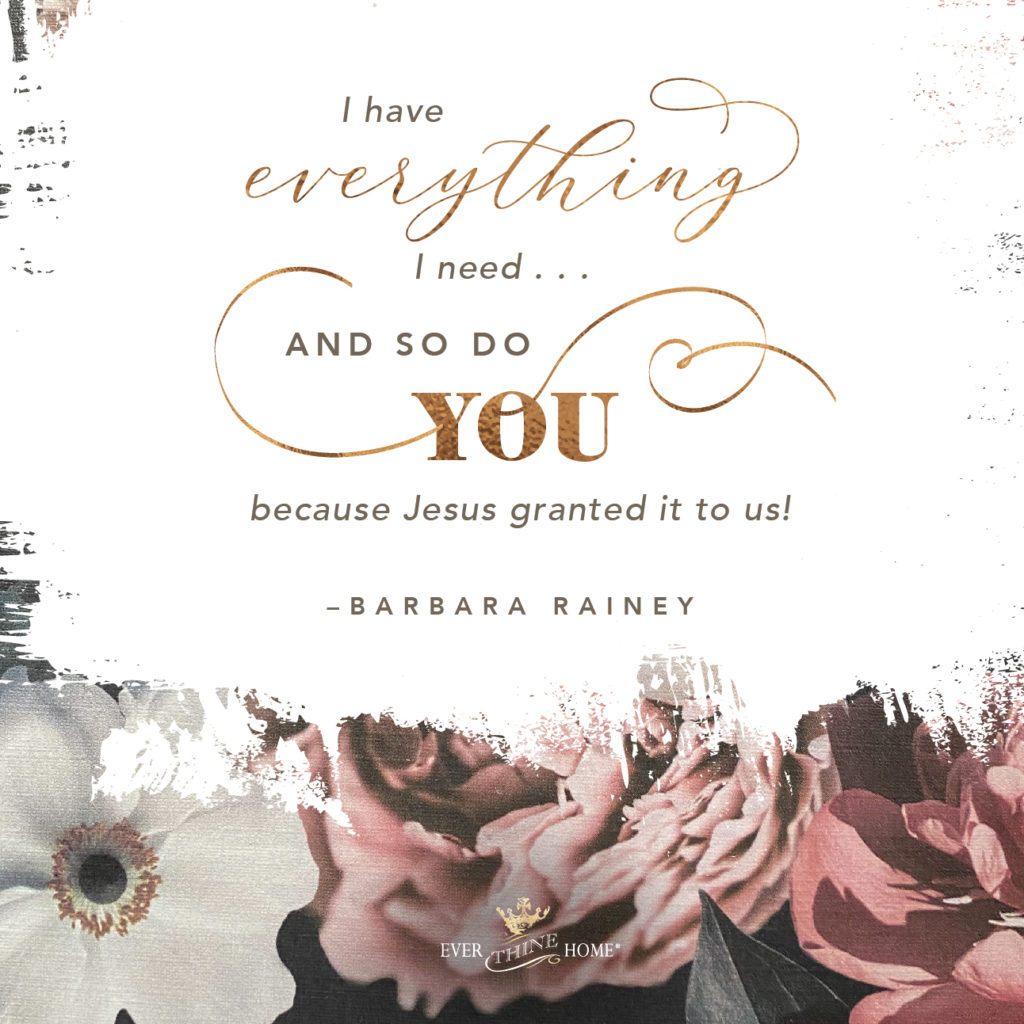 I may not have what I want, or what someone else has, or what I used to have or what I wish for. But I have Jesus and He has granted me everything I need. Jesus is ENOUGH!

The next verse is just as amazing and wonderful,

“… He has granted to us His precious and very great promises, so that through them you may become PARTAKERS OF THE DIVINE NATURE, having escaped the corruption in the world because of sinful desires.”

None of what the world offers—no leader in any country, no wealth or accumulation of possessions, no miraculous cure for Covid or any other disease yet to arise, no education or job or spouse—nothing can give us a new nature, a new heart, an escape from our sinful desires.

Every day we have choices. Do I complain as a victim or to hold on tight to Jesus and what He promises to give me in the midst of this present chaos? His promises are not for sunny days, but are most meaningful in the hardest of days.

Our dear friend Roger Thompson is a pastor in Minneapolis. He’s written a book I highly recommend called Do the Next Right Thing. He writes, “we don’t have to know what’s ahead, but God has called us to live one day at a time, so what is the right thing to do today? Do that thing and God will lead you again tomorrow.”

Get this book and read it. It’s part of what we can do to prepare our hearts for growth and stability in Christ.

This is our calling: to cling to Jesus more than anything on earth, even the precious people He has given us.

C.S. Lewis said in 1939 on the eve of World War II, “Human life has always been lived on the edge of a precipice. Human culture has always had to exist under the shadow of something infinitely more important than itself.” 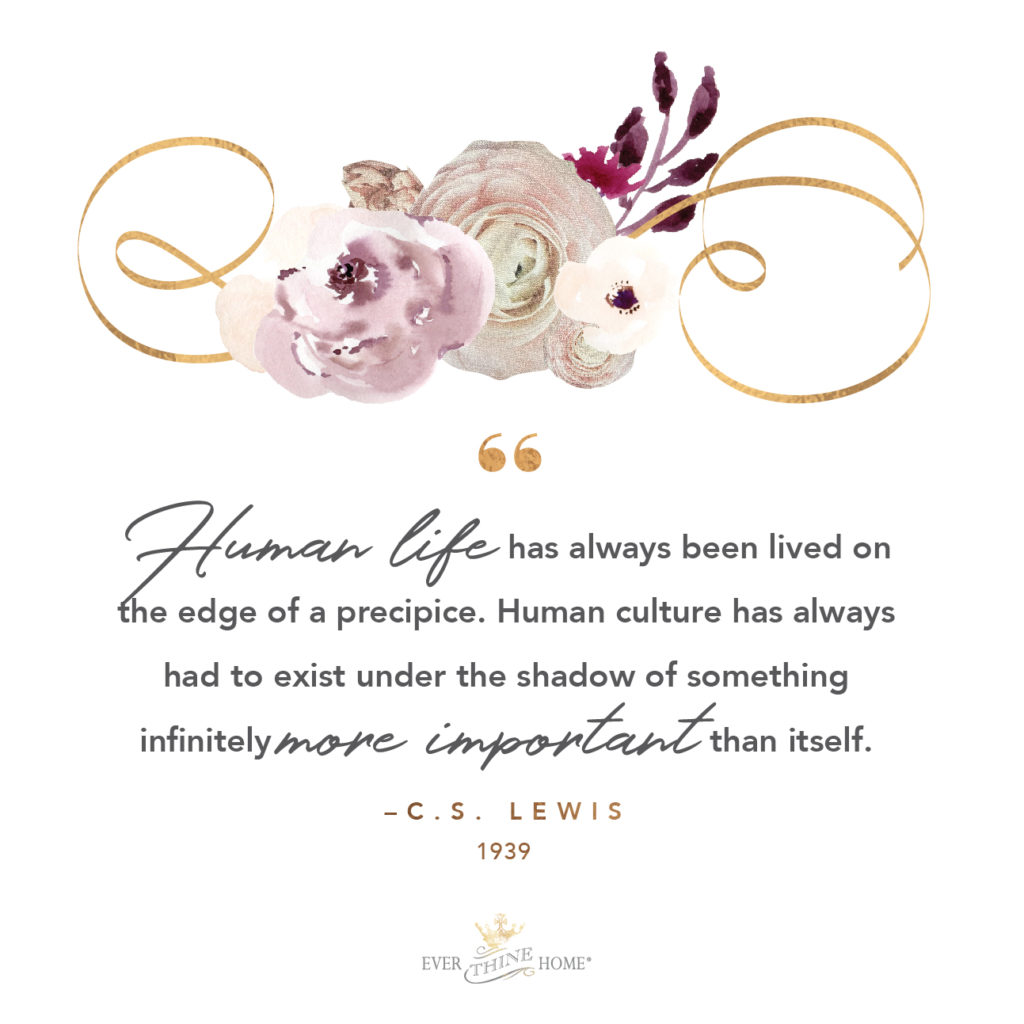 God has plans He is working that are much greater than what we can see today in our very limited vision.

Keep believing Him no matter what!

If you enjoyed this, be sure to read these past blog posts by Barbara:

“When You Are Afraid”

When God Makes Us Wait: Seeing God is Disease, Delays, and Divine Detours” 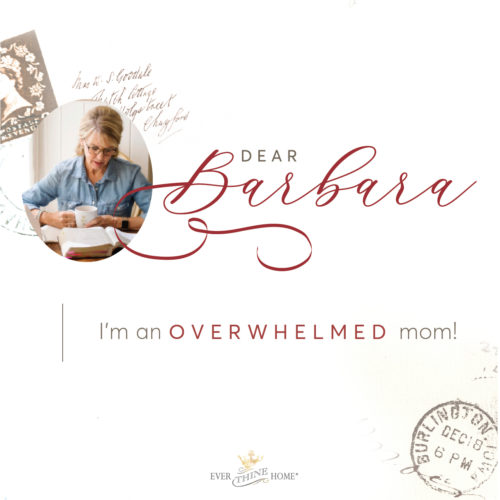