Teach Your Children to Follow the Star This Christmas 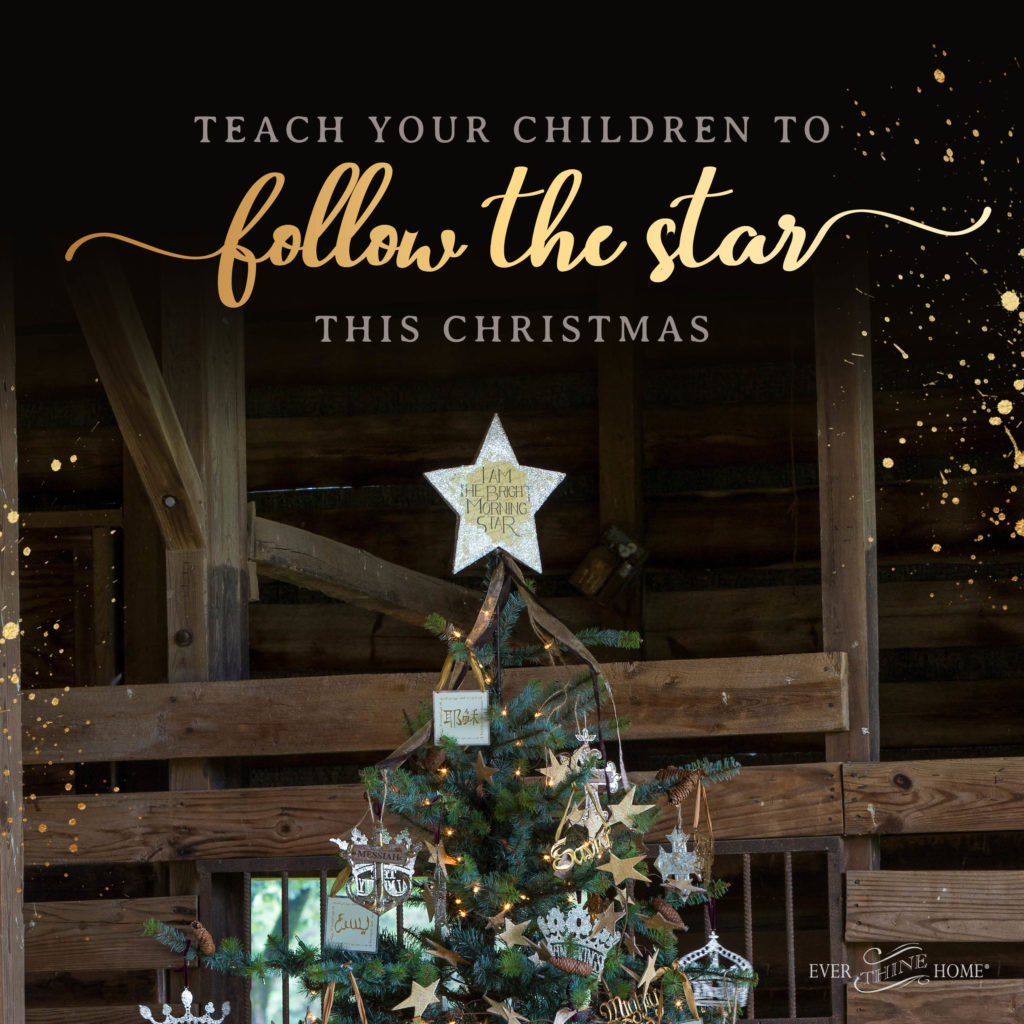 Read the story below together at dinner or bedtime. Then talk about it.

Have you ever wondered why the wise men, the magi, were searching the stars for signs of a coming king? Why stars? Why not maps?

Did they know were they looking for? Did they have a name and address?

Deep in the pages of the Old Testament the clues begin with the story of a young man who was captured and taken to serve the king of another country, hundreds of miles from his home.  Daniel and his people were marched on foot from their home in Israel all the way to Babylon. Google how many miles that might have been. There they lived for 70 long years.

We know from the stories Daniel wrote that he and many of his friends stood strong for God even while serving the kings of Babylon, who were not always nice people. But after 12 short chapters the book is closed. The stories end. But was that really the end?

Here is how I think the story continued.

As the wise men, with whom Daniel worked in the king’s palace, watched him interpret the king’s dreams, predict the future, and remain unscratched by a den full of lions, I imagine some of those men whispering, “Hey Daniel, can we talk about this God of yours, privately after hours?” Or maybe other wise men had conversations about God with Shadrach, Meshach, or Abednego when they survived the fiery furnace without even smelling like smoke.

Wouldn’t you have wanted to know about their God?

My guess is Daniel, his friends, and other unnamed Hebrew residents of Babylon shared their faith with their captors, their employers, and their neighbors. For centuries, the great hope of the Jewish people was the coming Messiah who would deliver them from bondage. This faith kept the Jewish people hopeful even while enduring the 70 years long exile.

God had given hints of His precious gift, the coming king, throughout the Old Testament writings. And many of His people knew of these hints. One hint was a metaphor used to describe the coming Messiah; a star. “A star shall come out of Jacob, and a scepter shall rise out of Israel” (Numbers 24:17).

And Daniel, near the end of his life at 85, wrote these words, “Those who are wise shall shine like the brightness of the sky above, and those who turn many to righteousness, like the stars forever and ever” (Daniel 12:3).

Centuries after Daniel lived, a team of wise, learned men who had studied astronomy and natural science for years and who lived in the East where Babylon was, discovered a star in the sky unlike any they had ever seen.

Might those wise men have been descendants of the wise men in Babylon who Daniel undoubtedly influenced with his unwavering faith?

Might they have had a copy of the Hebrew Scriptures?

Might they have read them searching for clues about the coming Messiah handed down in stories from Daniel’s visions?

In their quest to understand the meaning of this star and the truth they hoped it would reveal, these wise men made preparations for a long journey west. For many months they traveled, following this moving star. Arriving in Jerusalem, they asked, “Where is he who has been born king of the Jews? For we saw his star when it rose and have come to worship him” (Matthew 2:2).

Miraculously, “the star, which they had seen in the east, went on before them, until it came and stood over where the Child was” (Matthew 2:9 KJV). The reward for the wise men that followed the star was great joy followed by worship.

Will you be like the wise men and follow His star this year at Christmas? Do you want to find Him and worship Him too? 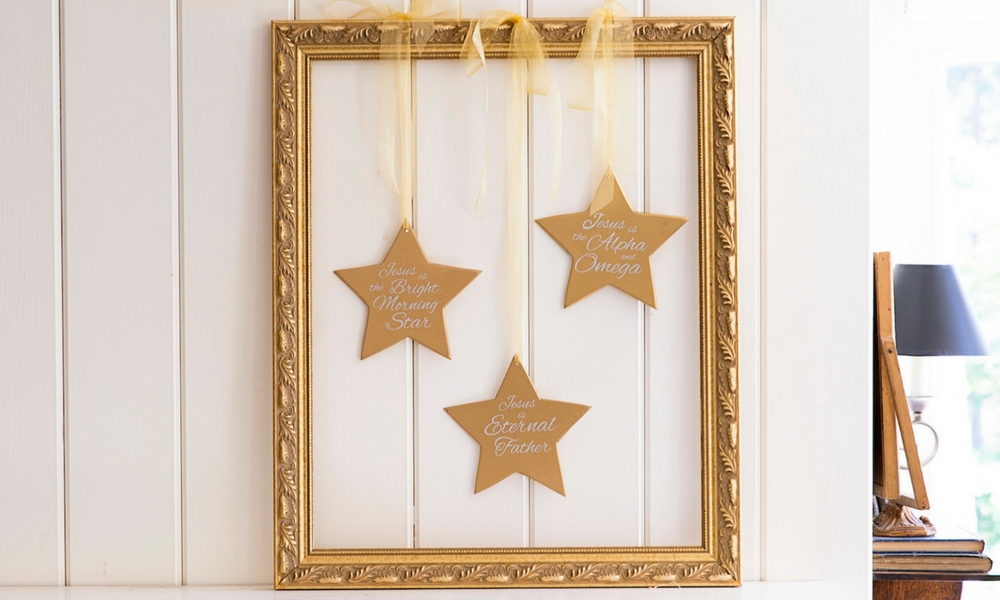 In keeping with this theme of stars in the Bible we created three star ornaments called, His Eternal Names which can be used to build anticipation for the arrival of baby Jesus on Christmas morning.

One of Jesus’ names is Bright Morning Star, which is printed on one of these three gold stars. The other two names are Eternal Father and Alpha and Omega reminding us that Jesus has always existed as a member of the Godhead.

Beginning in early December, hide one star in a different place around your house each day. Encourage your children to find the hidden star (or you might designate days for each child to avoid sibling squabbles).

You might also, if time permits, read the corresponding story in the read-aloud storybook that explains each name of Jesus on the three stars. Sing or listen to the suggested hymn included in each story. Have younger ones color pictures as they imagine the scene. 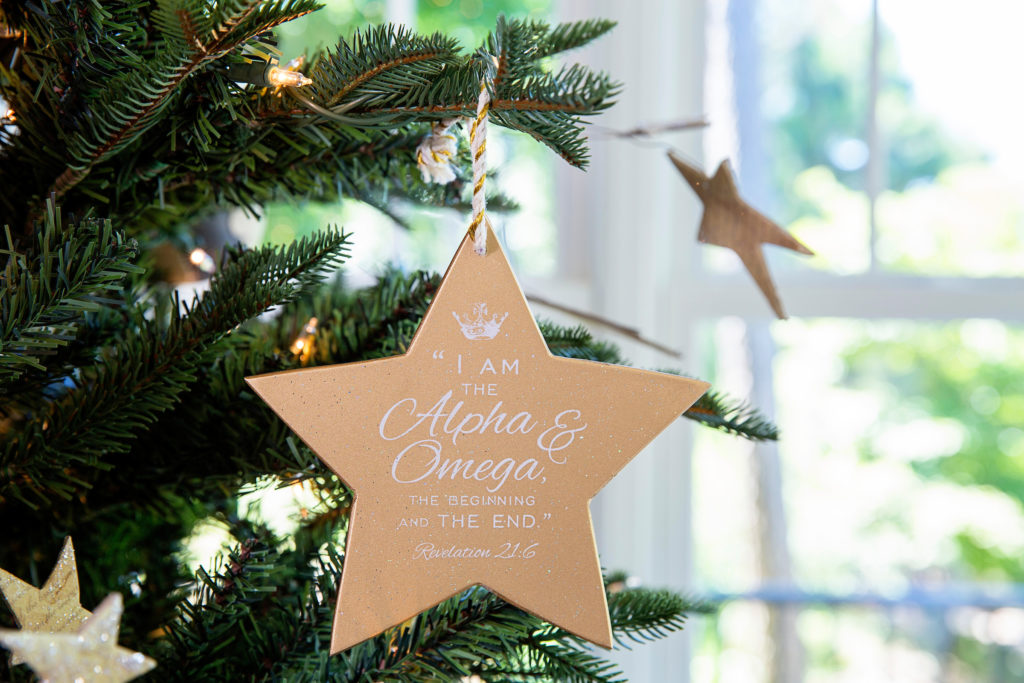 Make a commitment this Christmas season to not miss out on the fun, but to make the holiday fun about something that truly matters.

Teach your children to “follow the star” just as the wise men did. And talk, as often as you can, about the journey of the wise men, asking questions like:

Finally, as they’ve been waiting all month long, on Christmas morning place the star on your tree or above your manger to announce:  Jesus, born in Bethlehem, “the Lamb of God who takes away the sin of the world” (John 1:29).

May you experience a taste of the awe of the Magi as they saw Jesus and then “fell down and worshiped Him” (Matthew 2:11).

May your family learn and remember Jesus’ eternal nature, and also, like the wise men, anticipate the arrival of the baby king on Christmas morning as never before!

Here are some ideas for “hiding” spots:

Add a star to a bookshelf Or hide one in the silverware drawer Mix it in with some regularly used toys In a guest room