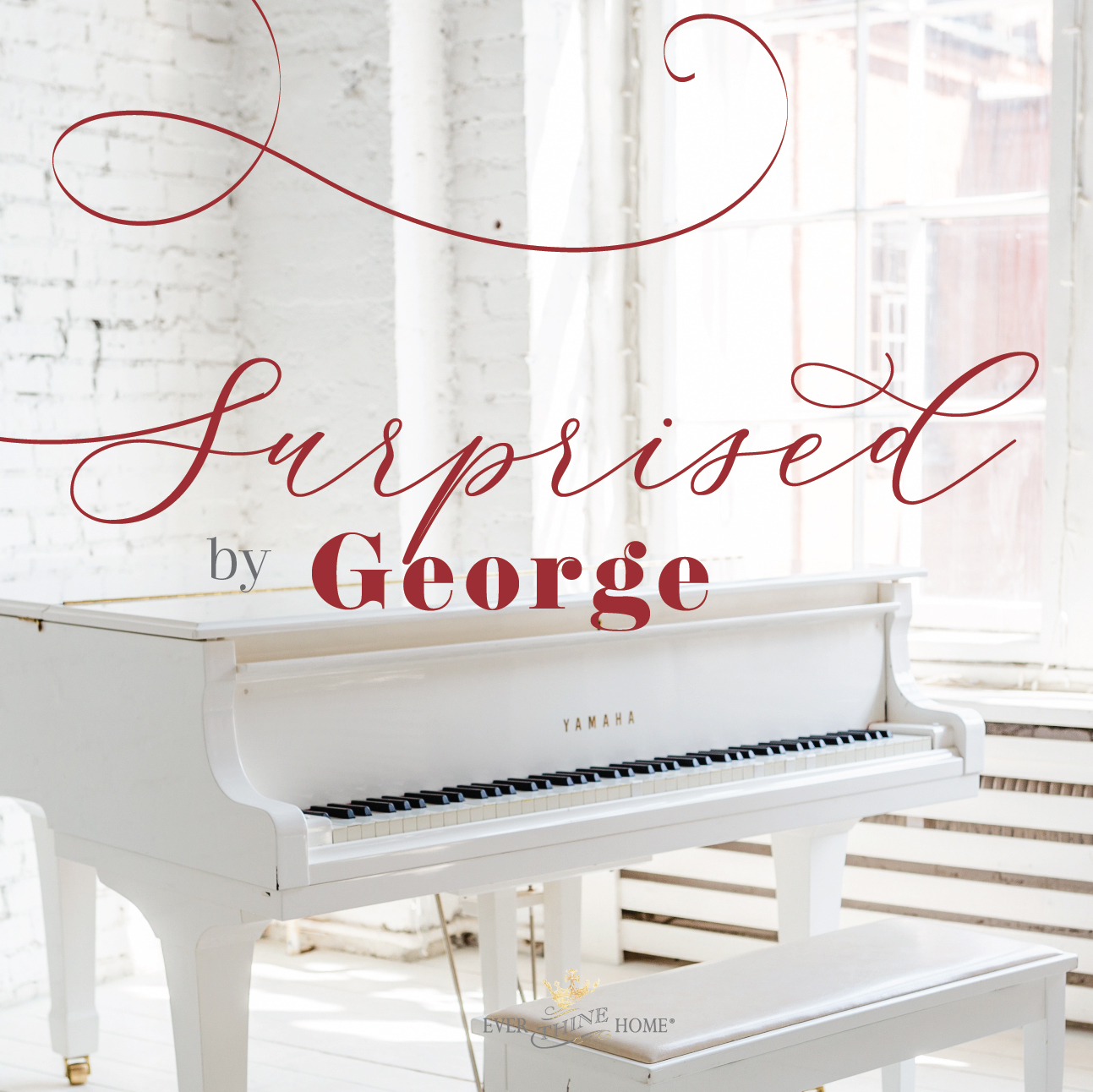 Though he was not cloaked in a coarse brown friar’s habit, the old man’s short cropped grey hair, ancient spectacles, wide girth, and shuffling gait suggested otherwise to me. His ringless fingers created lilting music during two evening dinners at the quaint Vermont inn. Like our chef he, too, was eager to hear approval of his offerings.

“Amazing Grace” brought a polite applause from Dennis and me. After several other songs, our pianist slowly walked to our table to greet his appreciative audience. He humbly received our gratitude and introduced himself as George. He had heard from a friend of ours, also staying at the inn, that I was an artist who had made some crosses. He was quite curious about my work.

After a simple explanation of His Savior Names ornaments, he shared that he too loved Christmas and Easter; he was a collector of nativities and gilded eggs from around the world.  Though his eyes gleamed as he talked, his lightly accented speech was barely audible.  My husband and I strained to hear enough to comprehend his unfolding story.

When I asked about his studies, he told us he had studied in Rome and Israel.  I understood the words “theology” and “art” in his reply. Then he told of a sterling silver enameled egg he found in New York City. Like the man in Jesus’ parable about the kingdom of heaven who sold all he had to buy the pearl of great price, George saved for three years to purchase this exquisite egg for his collection.

He asked if we would we be in town the next day, for he would be delighted to show us his collections. Sadly we were departing. He was truly disappointed. As he walked away to return to his piano I marveled at the wonder of this man, living at the end of his life in a town of 600 souls, his story a repository of experiences perhaps as remarkable as Louis Zamperini.

Later in the evening he asked if he could play us a medley of songs to which we agreed.  “Holy, Holy, Holy,” “How Great Thou Art” and other hymns we didn’t recognize filled the air with their gentle, beautiful notes.

Our dinner complete, we stopped to speak to George on our way out.  Another softly spoken story began as an explanation of the music we hadn’t recognized. We caught glimpses of his childhood as a French Canadian, one of eight children. In the fifth grade, George was the soloist in his church. His music teacher said his voice was like an angel’s.

He began to sing in French and play simple tunes long stored in his memory from childhood. When I asked for a translation, he replied, “They are for the children, ‘Jesu, Jesu, etre avec moi.’”

As we finally pulled away from the lonely old man, we felt as though we had been with a treasure. What other life experiences were stored within? A man made in the image of God, though clouded by recent strokes and the gravity of age. Still we glimpsed God’s glory in George. His passion for music and art and beauty shone brightly. And like all of us, he drank in our affirmation and brief relationship. It was healing medicine for his soul, but we were the ones in awe of this humble jewel of God’s making. 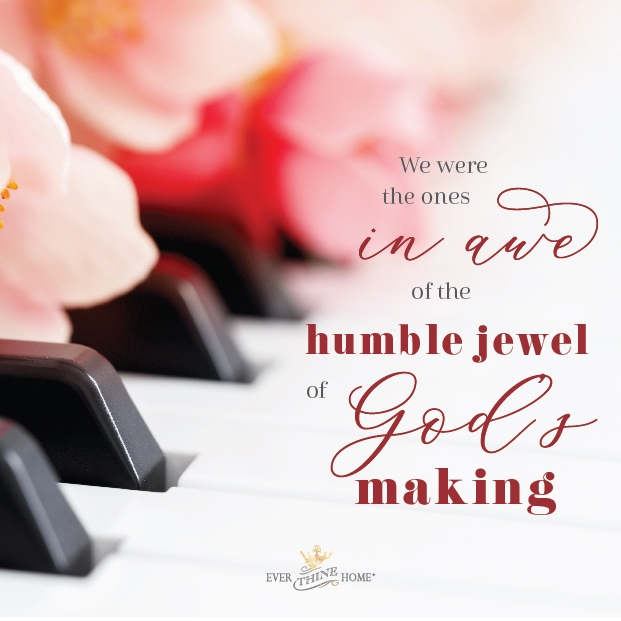 Before we left the inn the next day we asked our hostess more about George and learned he still traveled to Prague every year, by invitation, to perform a solo concert. Another surprise about the unassuming pianist.

I sent George a gift of crosses from the Ever Thine Home collection. And I prayed that, as he read the stories about each name of Jesus, he would know the One who formed him long ago with such beautiful talents.

7 thoughts on “Surprised by George”