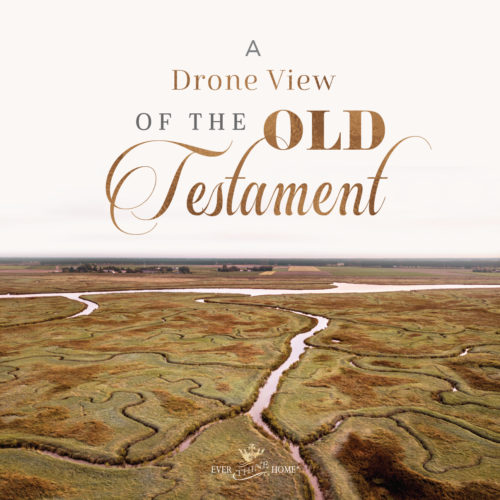 Drones have given us ordinary people access to views only pilots and satellites once had. Recently a friend of ours took photos of our house with his drone. The images he captured show our house and yard, which from high above look tiny in the midst of the surrounding woods and forest. The view from above puts our existence in perspective. We too are tiny in the expanse of God’s world.

So studying the drone footage of the Bible brings to light the whole of God’s Word to me and to you. The elevation makes the important themes and ideas stand out. Instead of seeing the trees we see the entirety of His forest.

If you remember, last week I taught you 5-12-5-5-12 as a summary of the Old Testament? And I included in that post the summary of the entire Pentateuch in only 15 short stanzas. My goal was to highlight those pivotal moments of those crucial books. So much of everything else in the entire Old Testament and even the New Testament rests upon those beginning books. And as Jesus Himself said to the two disciples on the road to Emmaus, “ … beginning with Moses and the Prophets, He interpreted to them in all the Scriptures the things concerning Himself” (Luke 24:27).

For my seminary class I’ve been composing a poem that presents a drone view of the Bible.  This week I’m posting the portion covering the twelve Old Testament history books: Joshua, Judges, Ruth, 1 and 2 Samuel, 1 and 2 Kings, 1 and 2 Chronicles, Ezra, Nehemiah and Esther. The key concepts are in the title.

I hope you enjoy this view of the history of God’s promised nation: Israel. It’s not quite finished, but it’s good enough to share with you:

Joshua and Caleb led with a roar.

How I learn from saints long before.

How God looks for each one who’ll believe.

The next generation knew not the Lord.

How I watch God’s hesed* refuse to consume.

A glow in the darkness, a beauty pure

Lured by envy, Israel begged for a king.

God then chose a shepherd boy, fearless with his sling.

How I see God’s plan, unthwarted by anything.

A theme persistent: God sees not as we

Not appearance or fame, but faith God does seek.

saw His Presence return. Dreamed a place for

God’s Name to dwell; all to laud Yahweh as King!

How I wonder. Do You God, by me, feel adored?

A house, a throne, a kingdom without end.

But the vision tarnished, David’s sins a sore blight;

Man of God blinded by lust. His offspring

ruined by the consequences of sin;

How closely to my Savior must I cling.

a fool. In wealth he forgot Who provided.

The kingdom once whole, fractured in two

Though Elijah worked miracles, most forgot Who;

How I too seem so weak to remember.

In the south, good kings were rare lights

Isaiah and Micah speak woe. Even in plight

Because God is love, He disciplines His children;

How in my exiles, God is to be praised.

A trilogy of tales show God does not sleep.

Three of His own in prominent roles

Scribe, cupbearer and queen, His sheep;

How God seems silent but His hand controls.

the land; its wall and temple rebuild

guide the people to God’s ways as before;

How I Your temple by You am refilled.

An unlikely queen, an invisible hand.

“If I perish I perish,” Esther’s words well known.

An outcome incredible! God’s in command;

How God ever loves me and cares for His own.

May you see in these lines the eternal patience and love of God continually seeking His own, calling then back to Himself, and all the good He has waiting for them to enjoy, both here and forever in heaven.

May your gratitude this month be focused on His abundant gifts of love to you.

O come let us adore Him.

*The word “hesed” is Hebrew for God’s steadfast, everlasting love. 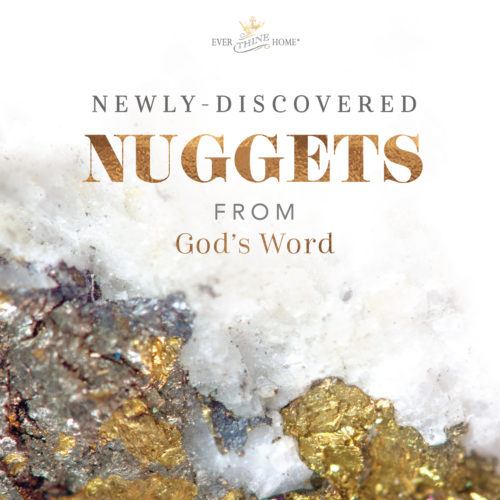