The “Savior Names” of Jesus Christ 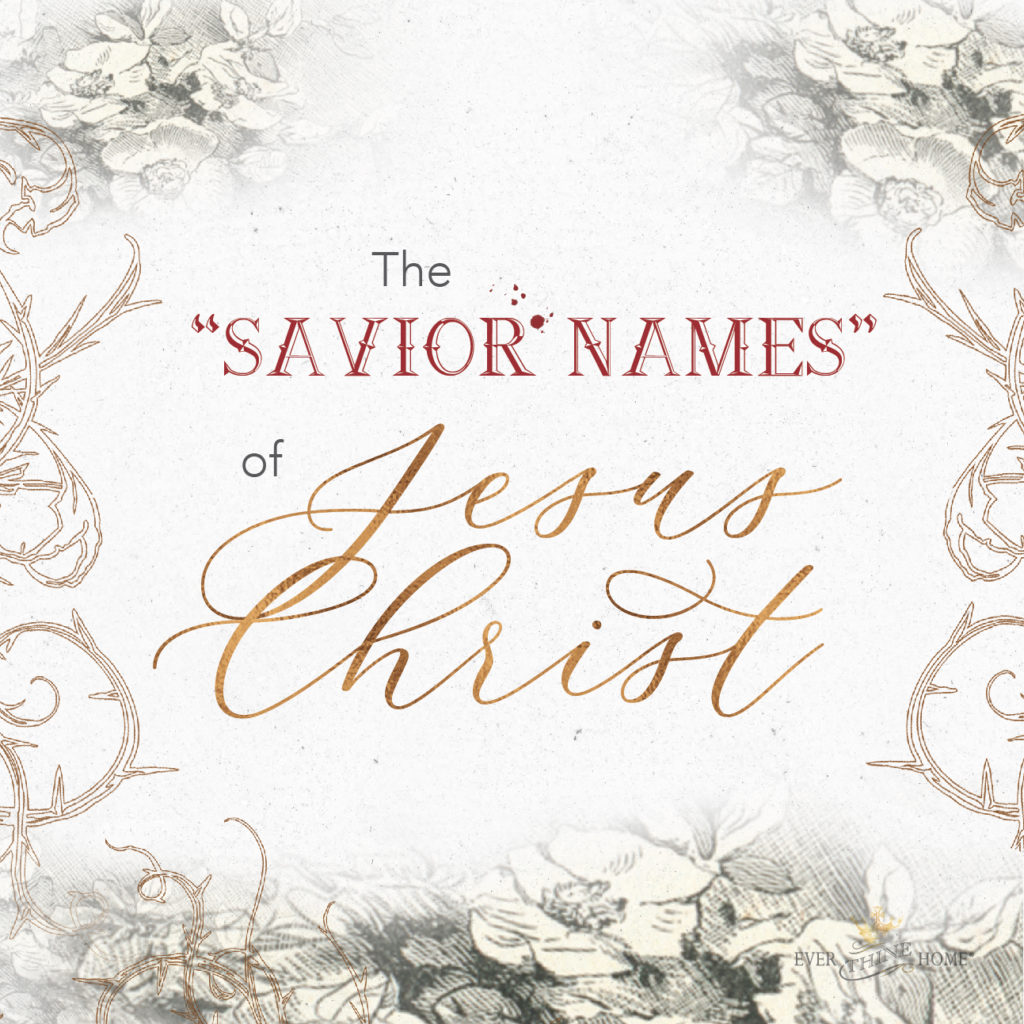 In the beginning God created and He named. He called the darkness night and the light day. He named the dry land earth and the sky above heaven. He created the sun, the moon, and the stars, giving each one its name.

Children learn at a very young age that the warm yellow ball in the sky is called the sun. That is its name. As they grow older, they learn more about its properties, its size, and its effects on the earth, the oceans, and even their own bodies. Their knowledge of the sun develops and expands.

Like the sun, each of us is known by our name. Meaning is inherent in a name, giving identity to an object or a person.

Jesus is a man of many names—some scholars say as many as three hundred—which tells us right away that He is not like us. Getting to know the names of Jesus introduces us to who He is. It’s the starting place for discovering the greatest treasure, a relationship with the eternal God. In learning the names of Christ, our understanding of Him grows. We begin to know Him as He is. 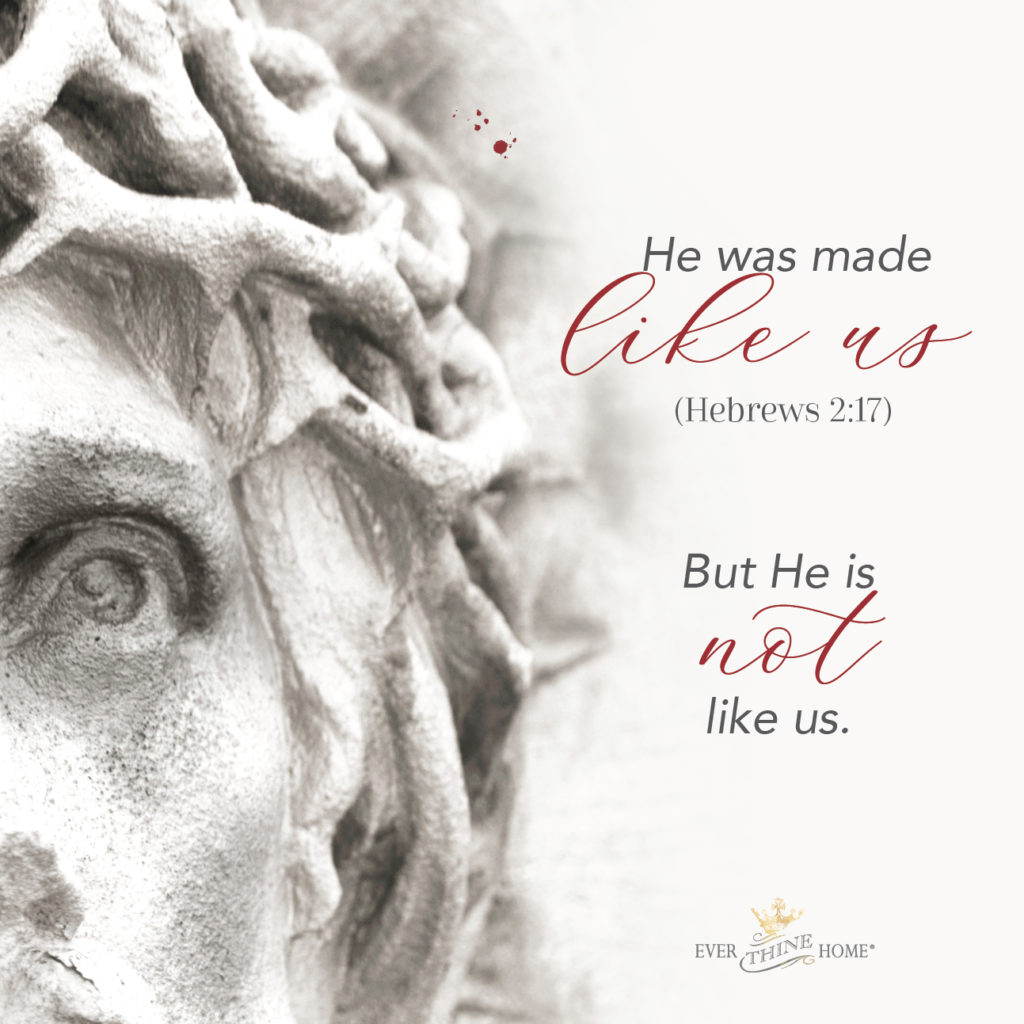 Here are four names of Christ that focus on Easter and the death and Resurrection of Jesus.

A priest is someone who has chosen to work for God, often in a church, to help people connect with God. Sometimes a priest is known by a different name, such as pastor, rector, minister, or missionary.

In biblical times there were many men who served as priests, but one was chosen by

God as the high priest, the most important job in the temple. Once each year, on the day of atonement, the high priest put on special clothes made of pure linen, representing his humility before God. He then went into the holy place in the temple to make offerings for himself and all the people of the nation.

After offering the sacrifices, he went into another smaller room called the Holy of holies which was behind a thick, heavy curtain. Inside this perfectly square room the walls were covered in gold and in the center was a golden altar with cherubim (angels) on top. The high priest was the only person ever allowed into this room. Carrying a pan of coals and incense and the blood of a bull, the high priest fearfully and reverently made offerings to God, whose presence dwelt there.

Today this seems an excessive ritual, but we have little appreciation for the fearsome holiness of God and the seriousness of our sin. Imagine going alone before God Almighty. Would you feel anxious, nervous, or even afraid? But Hebrews 4:14 says we “have a great high priest who has passed through the heavens, Jesus, the Son of God …”  Because of Christ’s sacrifice for our sins, we don’t have to be afraid. At any time we can “draw near with confidence to the throne of grace, so that we may receive mercy and find grace to help in time of need” (Hebrews 4:16). 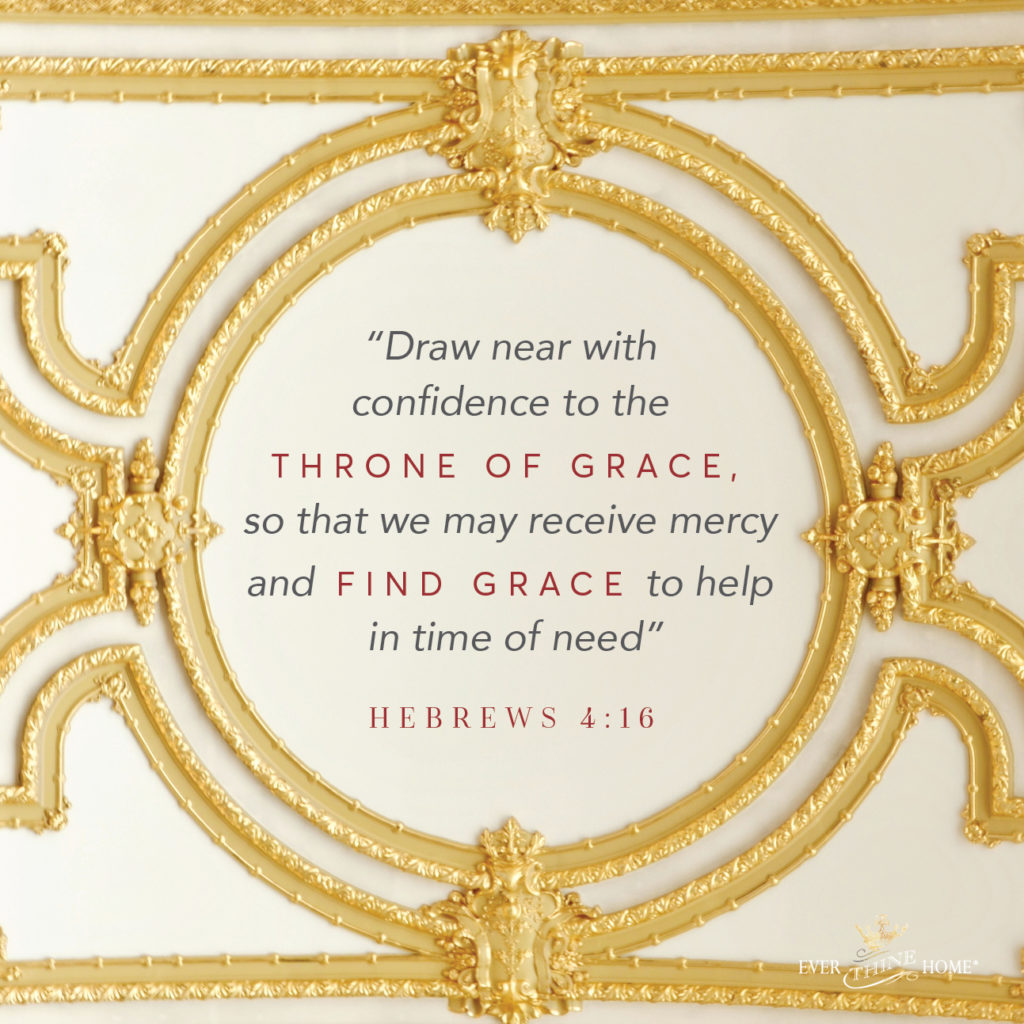 Soon after Mary became pregnant with the unborn Jesus, she traveled to visit her aunt Elizabeth, who was also pregnant with a baby announced by an angel. At their happy reunion Mary declared her praise and thanksgiving to God with these words: “my soul magnifies the Lord, and my spirit rejoices in God my Savior” (Luke 1:44-47).

Mary’s words reflect the good news that from the first moment after Adam and Eve sinned, God began communicating His intentions to save His people. What was never clear to Moses, David, Isaiah, and all the prophets who spoke God’s words was that the way of salvation was through the death of a savior.

Jewish scholars and Jesus’s disciples all believed the Savior would be a king who would rule on earth. They were bewildered by Christ’s humility and His unwillingness to subdue the Romans. In fact, Jesus’ utter submission to the Roman soldiers—who beat and scourged him before driving him to death on a cross—was a shocking reality they never imagined.

After the Resurrection His disciples and followers saw the truth with their eyes: “Touch me and see,” Jesus said, “for a spirit does not have flesh and bones as you see that I have” (Luke 24:39). They believed Jesus was indeed God and Savior!

This Easter may you welcome Jesus, who is God and Savior, into your heart and family, and may you “proclaim his name to all nations …” (Luke 24:47).

Messiah means “Christ,” or in Hebrew “anointed one.” There are hundreds of clues about the promised Messiah throughout the Old Testament, and this name is one.

Jewish tradition actually stated there would be two messiahs. The first, called Messiah

Ben-Joseph, would be bruised and wounded to bear our iniquities. The second, Messiah Ben-David, would reign as king. Christians believe Jesus was both a suffering and reigning Messiah. He came first to redeem us from sin and will come again to rule and reign on earth.

The promise of messiah is a message of hope. It is also a message of love, “for God so loved the world that He gave His only son” (John 3:16). Recognizing Messiah is a gift of God, for it is He who calls our name, who gives us eyes to see and ears to hear. As Hebrews 3:7 tells us, “Today, if you hear His voice, do not harden your hearts.”

Today is the best day to welcome Jesus into your life, and if you do, it will be a day you will never forget!

If you were to visit the remains of the ancient Jewish temple in Jerusalem, you would see its huge rectangular foundation stones, including a cornerstone that is forty feet long, eight feet wide, and three and a half feet tall … that’s almost as big as a boxcar on a train! It’s hard to fathom how stones of this size could have been moved into place in those days.

When Jesus saves us, He is our firm foundation forever. He is the chief cornerstone, and each person who believes in Jesus for salvation is an important stone in the building of His church. 1 Peter 2:4-6 tells us,

“As you come to him, a living stone rejected by men but in the sight of God chosen and precious, you yourselves like living stones are being built up as a spiritual house, to be a holy priesthood, to offer spiritual sacrifices acceptable to God through Jesus Christ. For it stands in Scripture: ‘Behold, I am laying in Zion a stone, a cornerstone chosen and precious,
and whoever believes in him will not be put to shame.’”

The world is changing around us, but the chief cornerstone will not be moved. Hebrews 13:8 says, “Jesus Christ is the same yesterday and today and forever.”

Have you believed in Jesus?

Will you build your life on the chief cornerstone?

He will give you strength, courage, and “the peace of God, which surpasses all understanding” (Philippians 4:7) when the storms and floods of life make you feel unsure.

Knowing the meaning of these four names adds another layer of understanding and gratitude for what Jesus did for you and me at Easter. May you celebrate Easter exuberantly this year because of the victory Jesus won for all who believe in His name! 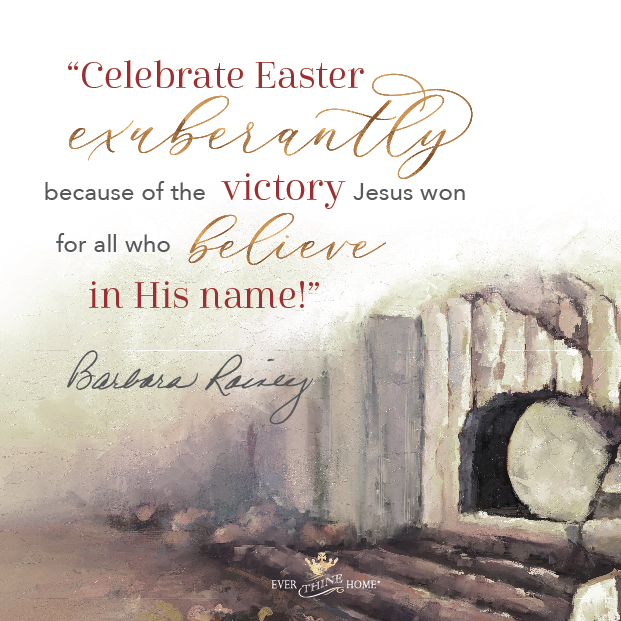 1 thought on “The “Savior Names” of Jesus Christ”