The Covenant of First and Second Mothers in Adoption 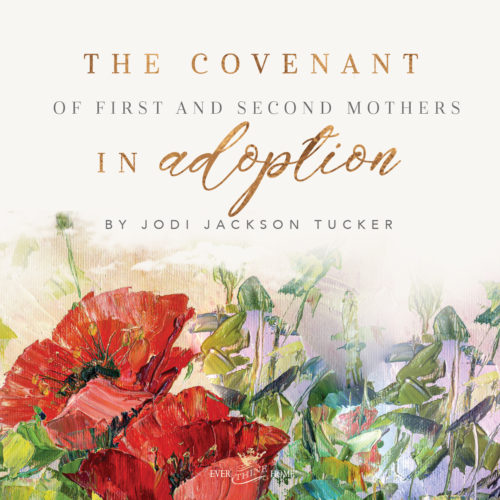 Jodi and I have walked parallel tracks. We’ve both given years to serving and growing Christian Alliance for Orphans, cafo.org, and we’ve both come close to birth mothers and been profoundly changed by the experience. While tomorrow’s National Birth Mother’s Day will get no press or sudden spikes on social media we can be sure God sees. He who wrote the stories of birth mothers into His Book and values adoption because it was His original idea. Read Jodi’s story and marvel at God’s amazing mysterious yet wonderful ways of weaving families together for His glory. I’m delighted to introduce you to Jodi today and hope many of you will find her book Second Mother: A Bible Study Experience for Foster and Adoptive Moms of interest and help to yourself or someone you know.

As a follower of Christ, I understand the power and legacy of a covenant.
I have been graced to live within one of the most beautiful covenants: the covenant between
me and my children’s birth mothers. It’s hard for me to imagine any covenant more sacred than
the relationship between a birth mother and an adoptive mother. It has been a ribbon of grace
over my life.

My journey into this covenant began when I was chosen by a birth mother, finding herself in a
troubled situation, who made the noble choice to ask me to raise her child. This brave woman
was the first mother, and I became the second mother to our daughter. 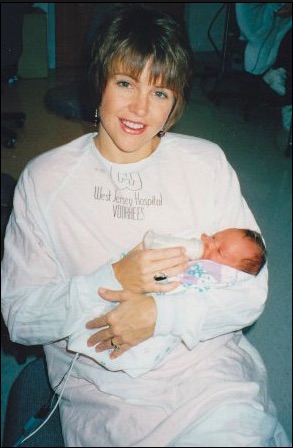 If you’ve never had someone put a newborn baby in your arms and say, “Here, have my child,”
there is no way you can understand what that feels like. Every other gift I have ever received in
my life can’t come close to that moment.  It’s a covenant of the most holy and sacred kind.
I had no idea then that God planned to give me more children through adoption. Soon my
family was full of children born to other mothers. I learned to give homage to each child’s first
mother and embrace all that was unique about that child as a gift from her. One has her first
mother’s luminous cheeks. Another, his first mother’s beautiful eyes. What I see in my children
is the beauty of the women who carried them and loved them enough to make a way for them
to be safe and nurtured. 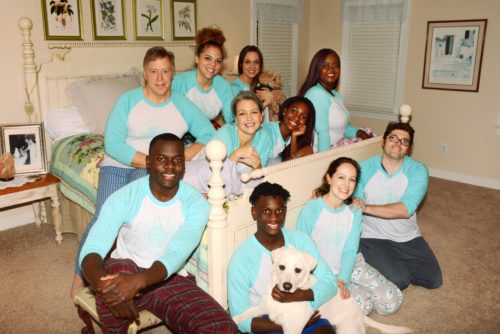 And as I became a second mother, I discovered that Scripture is full of stories of adoption!
And I began reflecting on those stories and how they echoed in my own life. 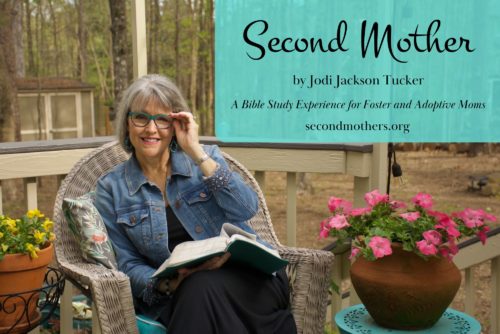 In the pages of Scripture, we see that Hannah gave her son Samuel to Eli, Mordecai was raising
Esther after she was orphaned, and Joseph was the adoptive father of Jesus, just to name a
few! Through these people’s stories, I suddenly felt seen by God.

But by far the Scripture that impacted me most is the story of God’s deliverer of His chosen
people. In Exodus, we encounter the story of Moses, born to an enslaved Hebrew Jocabed. She
was frantic to save her baby boy from Pharaoh’s cruel edict to kill Hebrew infants. Desperate to
save her son, Jocabed floats Moses in a basket in the Nile River, praying against hope that an
Egyptian woman might save him.

Exodus 2:3-4 (NIV) tells us:
But when she could hide him no longer, she got a papyrus basket for him and coated it
with tar and pitch. Then she placed the child in it and put it among the reeds along the
bank of the Nile. His sister stood at a distance to see what would happen to him.

No matter how many times I read this Scripture, I can’t grasp the amount of courage it would
take to float my baby on a river full of danger. Jocebed shows us the heart of a birth mother:
desperate for the life of her baby, and willing to suffer pain and loss to give that baby a chance.
And God answered Jocabed’s prayer:

Then Pharaoh’s daughter went down to the Nile to bathe, and her attendants were
walking along the riverbank. She saw the basket among the reeds and sent her female
slave to get it. She opened it and saw the baby. He was crying, and she felt sorry for
him. Exodus 2:5-6 (NIV)

This story shows us that God understood there would be brokenness in the world, and He gave
us the covenant of adoption so he could write redemption stories. God loves redemption
stories, and He has used many women, together in the sacred covenant of adoption, to write
them. First mothers and second mother are bound together forever across the life of a child. 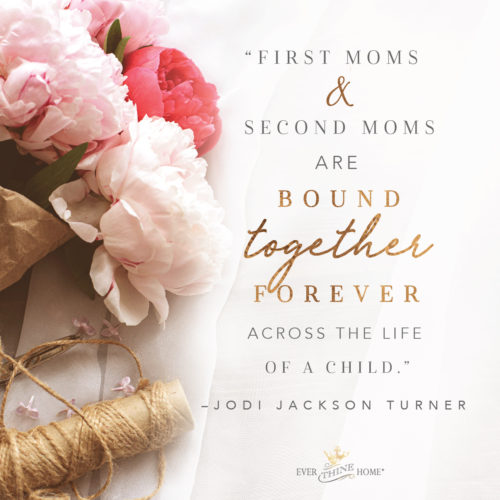 By following God’s call to preserve the life of a child, a beautiful community of second mothers
worldwide has been born. And tomorrow on National Birth Mother’s Day, we pause to
remember the first mothers who bore our children.

I invite you to join me tomorrow in praying for birth mothers of all kinds. Pray for the mother
who gave her child to another mother, for the mother who lost her children to foster care, for
the mother who floated her children in the river of an orphanage to escape poverty. Let us
honor these mothers and ask the Father to draw near to them as we remember that they gave
the greatest gift of all … the gift of a child’s life. 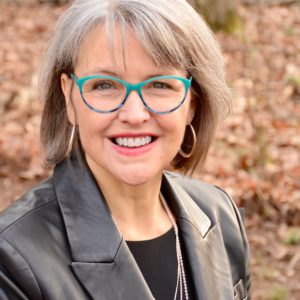 Jodi Jackson Tucker and her husband, Jerry, are the parents to nine children, six through adoption. She is the author of two books, including Second Mother: A BibleStudy Experience for Foster and Adoptive Moms. Jodi is an alumnus of Southeastern Baptist Theological Seminary and a Certified Chaplain. She is the founder of a</community of women called Second Mothers, www.secondmothers.org