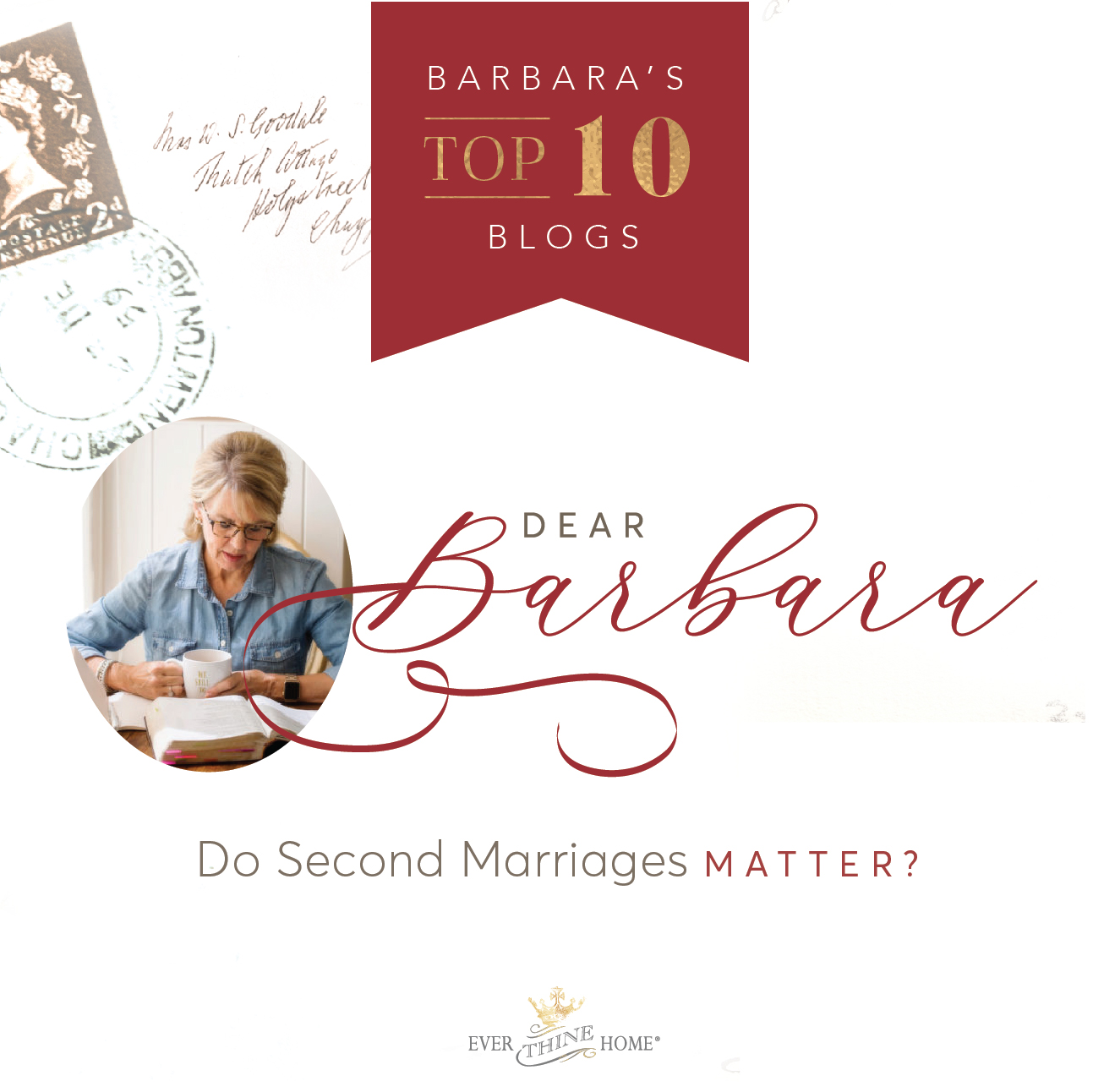 Dear Barbara: Do second marriages matter? You talk so much about staying together and making marriage work. What if my first marriage didn’t and now I’m trying again? Can I honor God with a new marriage?

I appreciate the honest question. When we added an official ministry to stepfamilies several years ago at FamilyLife, we received a lot of comments on both sides of this question. Many asked how we can be for blended families, second marriages, and subsequent families if we are against divorce. Especially since God is so adamantly against divorce.

It’s a fair concern if we look only at what God is against. So instead of starting with what God hates, let’s go to the beginning and look at what He is for. God designed marriage. It was His grand idea. Therefore, He is for marriage. The reason He is so against divorce is because He loves marriage and what it represents so much!

So I’ll let you help me answer your question, “Do second marriages matter?” by asking another question. “Does marriage matter?”

Every marriage matters to God. So if you’re in a wedded covenant relationship with your spouse and God, then your marriage matters. Your current covenant is held in absolute equal honor, value, and esteem as any marriage covenant.

Ron Deal, head of FamilyLife Blended, says many in second marriages feel like second-class citizens. That’s not what God intends. Ron suggests that even though you may not live in an “ideal” family configuration, Christians in stepfamilies certainly aren’t second-class Christians in God’s kingdom.

In our own way, each of us has fallen short of God’s glory, and each of us needs His grace. God’s plan of one man and one woman in marriage for life does bring greater harmony to the home, but living in an intact family does not determine worth in God’s eyes, nor ability to receive God’s forgiveness.

To prove it, let’s look at one stepfamily found in the Bible. Look at Abraham. He lied on two occasions, saying Sarah wasn’t his wife. He was afraid for his life so he publicly disowned her.

As women living in a multiple-marriage household, Sarah and Hagar fought over which of their sons would be the most important in Abraham’s family. Much like a modern-day stepfamily, there was jealousy, bitter rivalries, and loyalty conflicts between Abraham and his two wives (see Genesis 16 and 21). And the problems didn’t stop with his generation.

If we analyze the families of Abraham, Isaac, and Jacob, often referred to as the “family of promise,” we see power struggles, family secrets, exploitive and coercive relationships, marital game-playing, manipulation, and parent-child alliances for selfish reasons.

Apparently, according to these stories God wanted us to know about in His Word, you can have a less-than-ideal family and still be acceptable to God. Ron draws the obvious conclusion: God loves stepfamilies and the individuals who live in them, too.

We’re all just sinners in need of a Savior. If God could use imperfect men like Abraham and David with complicated family households for His purposes, why can’t He use people in stepfamilies? If God can bring redemption to the houses of Isaac and Jacob, can’t He bring redemption to yours? 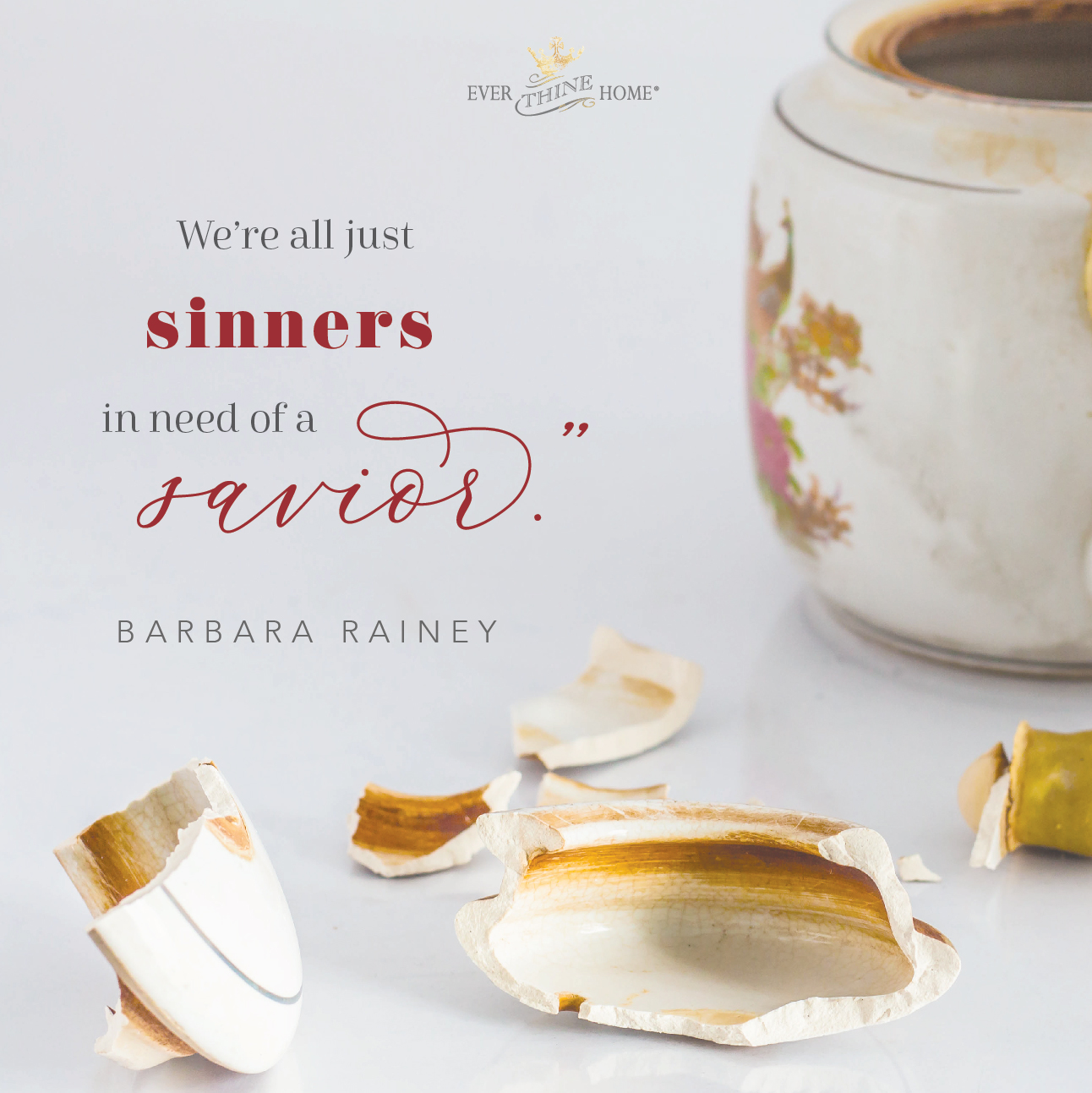 Do you know another reason second marriages matter? They model marriage to the next generation. Even if a first marriage failed, this marriage can last. You have a renewed chance to leave a legacy of commitment and family health for your children and grandchildren.

Future generations are influenced by preventing redivorce and strengthening stepfamilies to improve the environment in which the children grow up. Children from healthy stepfamilies have healthier attitudes about marriage, make better choices, and are more likely to remain in one marriage for life. All it takes is one generation and the generational cycle of divorce is broken to redeem a family legacy.

Again, be assured. Your second marriage matters: in covenant to God, to your own personal health, to the future history of your family. We’re here to help you make your marriage last.

Go to a Weekend to Remember. 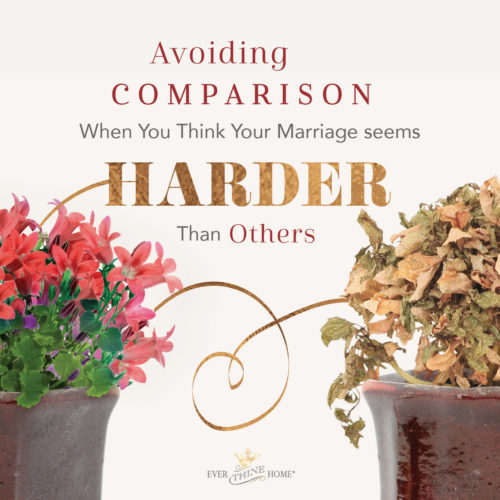