In the Age of the Coronavirus, Are We Still Safe in Jesus? 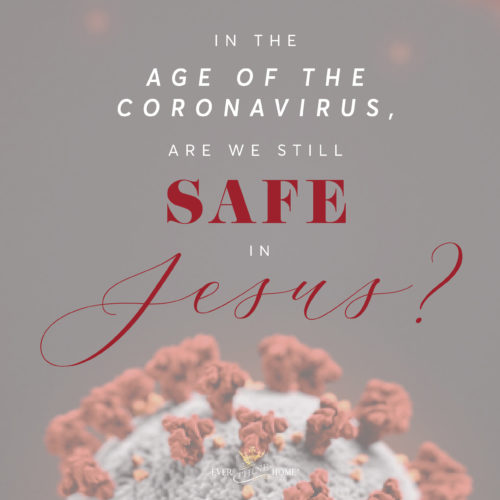 One thing is spreading faster today than the coronavirus—fear.

We’ve not seen a global disease like this in our lifetime. Schools and offices closing. Empty seats on airlines. Officials deciding whether to cancel athletic events or prevent spectators from watching. Stores selling out of antibiotic hand soap and toilet paper. An entire country, Italy, has quarantined its population. People are worried the same will happen in America.

Concerns about school choice, elections, illegal immigration and the homeless crisis may still divide us, but everyone is united against the Coronavirus. Last week I was watching the evening news on television, and a significant portion of the broadcast described the latest developments in the coronavirus outbreak. I turned to Dennis and said, “I think I need to take a break from the news.”

News reports that generate fear are not good for my faith. Yes, I want to be informed and aware. I want to be proactive, and at peace, not terrified.

And that raises an important question for us who are believers in Christ. How do we maintain our faith and trust in God when it’s so easy to become fearful about something like an invisible virus?

Years ago I learned a very important safety principle from God’s Word. The story of Job contains an intriguing look behind the heavenly curtain of God’s divine will. The scene is His glorious, light-filled throne room. A steady stream of beings entered, “sons of God … and Satan also came among them.” God inquired of Satan, “From where have you come?” And Satan replied arrogantly, “from going to and fro on the earth” (Job 1:6-7), like what else did You expect?

Interestingly God follows up with another question for His arch enemy, “Have you considered My servant Job, that there is none like him on the earth, a blameless and upright man, who fears God and turns away from evil?” (Job 1:8).

Savage beast that he is, Satan likely salivated at the possibility of getting his claws on Job, who was clearly loved by God. He replied; “Does Job fear God for no reason? Have you not put a hedge around him and his house and all that he has, on every side? You have blessed the work of his hands, and his possessions have increased in the land. But stretch out your hand and touch all that he has, and he will curse you to your face.” (Job 1:9-11).

Satan’s goal is always to recruit more people to join his army in his war against God.

From this important story I learned these important truths:

First, we humans are living on a battlefield; earth is occupied territory. Most of the time we are oblivious, which is exactly what our enemy wants. (Read The Screwtape Letters by C.S. Lewis if you haven’t already.) The Bible is full of battles and warfare imagery. Intentionally. The first two chapters of Job give a peek into the perpetual war between God and His angels and Satan and his demons.

Second, Satan can do nothing to me or you without the specific permission of God. In Job 1:12 God says to Satan, “Behold, all that he [Job] has is in your hand. Only against him do not stretch out your hand.” God gave Satan permission to attack but set specific limits on what Satan could and could not do.

Often, I remind myself of this eternal reality: Thought I live on a battlefield, and Satan attacks, God rules over all that enters the orbit of my life and all that touches me personally. Do you believe this to be true of you also? Count on it because God’s word makes it clear.

Another example: The prophet Elisha asked God to open the eyes of his servant who was terrified of the enemy armies surrounding them. In His amazing grace, God did open the young man’s eyes and he saw the mountain “full of horses and chariots of fire” all around them (2 Kings 6:17). God has armies doing battle on our behalf. He has legions of angels who do His bidding, “sent out to serve for the sake of those who are to inherit salvation” (Hebrews 1:14).

You know the Salvation Army, the Christmas bell ringers? Founded in the 1850s to take the gospel to the poor, homeless and hungry who would never come to a church, William and Catherine Booth led this army organization with passion. Their ministry of rescue went beyond their homeland to Europe, Africa, New Zealand and America. (Oh, do we need a new salvation army today.)

Catherine was a strong woman very involved in the daily work of the mission. In the late 1800s women did not have many rights, yet Catherine, working alongside her husband, became an evangelist and a theologian.

In her book, Advent: The Once and Future Coming of Jesus Christ, Fleming Rutledge describes a trip Catherine took to Paris. “The Parisian officials were exasperated with Catherine Booth, who persisted in hanging around with the lowest elements of society.” They told Catherine,  ‘You must have police protection. We cannot answer to the British government if you are killed.’

She replied fiercely, ‘I can’t have your police protection … your police your protection would drive away my audience. I preach Jesus Christ. He asks convicts and criminals to come to Him.  I have protection that you know nothing about.’” 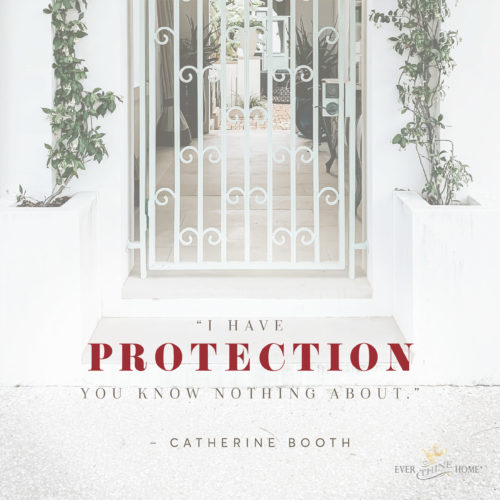 Corrie ten Boom wrote in her book The Hiding Place, the story of her experience in a Nazi concentration camp, “… no places are safer than other places. The center of His will is our only safety …”  I believe it is true. Catherine Booth clearly believed it to be true, too. 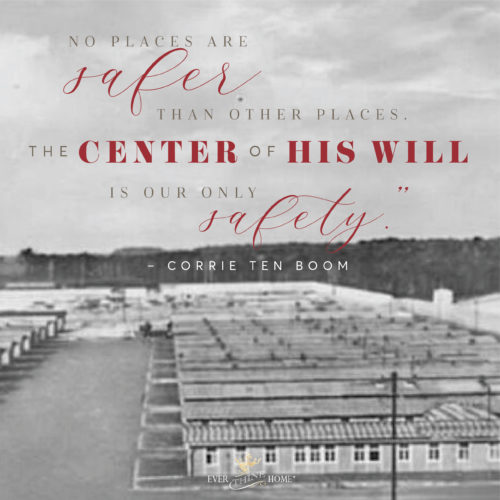 Our world does not feel safe to me. And it is not. But Jesus is my safety, my stability, my confidence. Is He yours?

Even the disciples, with Jesus physically present, were terrified during the storm on Lake Galilee. Were they not in the very center of God’s will in that boat because Jesus was there with them?

Jesus is with everyone who has given their heart to Him. When the Spirit of Christ enters into the secret inner place of your soul, He never leaves. He is with you everywhere you go.

Dallas Willard writes that we Christians, “say things such as, ‘Lord, this morning we come into your presence,’ to which God might be saying, ‘Really? Where have you been?’ For God has always been present.”

The question is who do I believe? Who is controlling my heart?

Yes, the coronavirus is real, the locust swarms in Africa are real, the storm on the Sea of Galilee was real, Satan is real. The challenge is to be wise, but not panic. Don’t feed yourself a steady diet of fearful information. Feed your soul daily, deeply with the greater truth of God’s safety, His with-me-always presence. Maybe you need to stop reading or listening to the news for a while.

Catherine Booth was very aware of His nearness and His very real power to keep her safe in the work He’d given her to do. Are you doing the work God has given?

Who is responsible for the safety of your life?

Is God greater to you than the danger you see around you?

Who loves you so much He died for you?

We have lost our confidence in the ruling sovereignty of God. Too long we have listened to messages telling us everything can be cured, all terror can be contained, all wars are far away.

Corrie ten Boom said it more than once in her book: “There are no ‘ifs’ in God’s kingdom. His timing is perfect. His will is our hiding place.”

The cross is the reason we have hope and safety. Jesus conquered death. 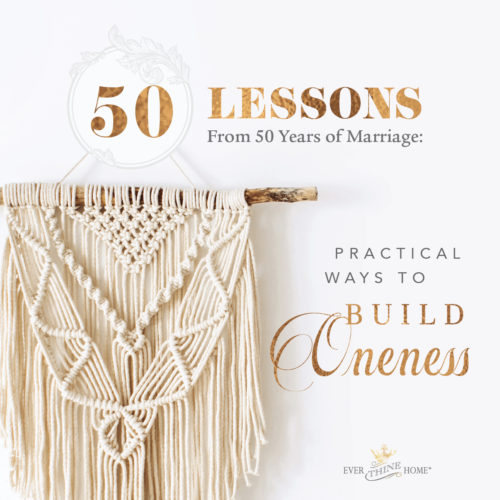 6 thoughts on “In the Age of the Coronavirus, Are We Still Safe in Jesus?”