I AM: The Light of the World Have you ever ventured into the creepy cold caverns of a pitch black cave? Right there in the center, there’s always a moment when the tour guide shuts off the light. For what 30 seconds? But it feels like a gut-wrenching eternity. Pure darkness is quite terrifying.

When Jesus spoke in the temple He again claimed to be the same God who appeared to Moses by the name I AM. “Jesus spoke to them saying, ‘I am the light of the world. Whoever follows me will not walk in darkness, but will have the light of life”’ (John 8:12). Speaking these words surrounded by Pharisees, Jesus was identifying Himself with God, who is the creator of light, and as the coming Savior prophesied in Isaiah 42:6, “And I will appoint you….as a light to the nations.”

Why is light so important to the earth and to us as humans?

What does it mean to you that Jesus is the Light of the World?

As the Light of the World, Jesus makes all things visible. Yes, He truly sees and knows everything… every thought, word, and motive. But what really stands out to Him? What catches God’s eye the most?

An intimate moment from Jesus’ final week reveals, “And he sat down opposite the treasury and watched the people putting money into the offering box. Many rich people put in large sums. And a poor widow came and put in two small copper coins, which make a penny. And he called his disciples to him and said to them, ‘Truly, I say to you, this poor widow has put in more than all those who are contributing to the offering box. For they all contributed out of their abundance, but she out of her poverty has put in everything she had, all she had to live on’” (Mark 12:41-44).

What caught Jesus’ eye and made the disciples take note? It wasn’t the rich people with their wealthy gifts. No. It was a poor woman giving a single penny to the Lord. Her tiny offering showed more heart for God than all the rest. “For the eyes of the Lord run to and fro throughout the whole earth, to give strong support to those whose heart is blameless toward him” (2 Chronicles 16:9).

As you move through this week in preparation for Resurrection Sunday, offer yourselves afresh to the Lamb. Regardless of how little you may feel you have, the Light of the World sees it all. Give everything to Him. 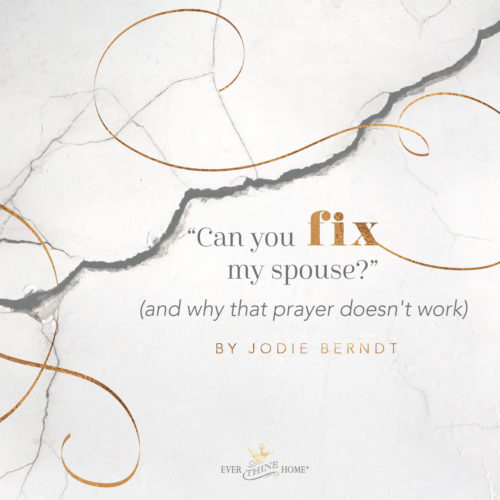 “Can You Fix My Spouse?” (And Why That Prayer Doesn’t Work) 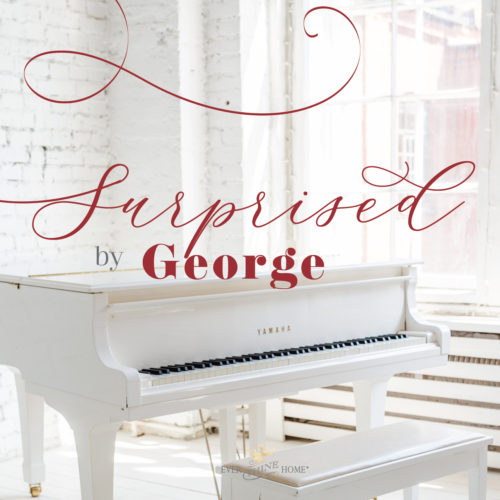